NOBELL Energy Solutions is a 10-year old company that develops distributed and small utility-scale renewable energy systems at host customer sites in the western United States.  We specialize in behind-the-meter solar systems, with or without a battery, that reduce our customers’ energy bills, provide resiliency in case of grid outages, and are good for the environment.

We offer PPA transactions whereby host customers, for zero upfront cost, can buy solar energy at cheaper rates than grid energy, often receiving parking lot shade as a free side benefit.  Our tax equity investor relationships allow host customers to pay only for the solar power generated without any of the upfront cost of owning a system.

Customers include the Cities of Rancho Mirage and Indio, CA, along with numerous churches, schools, public works, non-profits, retirement communities, and residential condominiums.​

Fred co-founded NOBELL and leads our construction and asset management activities.  He brings almost 30 years of construction development experience to NOBELL and with that knowledge he has built more than 3 MW of solar power facilities for individual commercial clients in the western United States.

Previously, Fred served as the Chief Executive Officer of the Building Industry Association Desert Chapter. He was key in developing the “California Green Builder” initiative, which became the Industry’s flagship renewable energy program. Fred won the California Building Industry Association’s Chairman’s award in 2008 (the only time the award has been given since the organization’s inception in 1943) and was named the Building Industry Association of Southern California’s CEO of the year. Prior to joining BIASC, Fred served in senior management development positions with VAI, Edwards Theatres and IMAX. Fred began his career with the Sea World theme parks as an Operations Manager and was an integral part of the team that completed final development and construction of the 250-acre Sea World of Texas attraction.

Fritz co-founded NOBELL and leads our business development efforts as well as managing our debt and equity investor relationships.  In 9 years Fritz has co-developed 14 solar and/or battery microgrid projects with NOBELL totaling over 3 MW.  Prior to NOBELL he successfully completed the early stage development tasks that led to two utility scale solar projects totaling over 6MW and two wind energy projects consisting of 21MW.  In addition he is an owner and operator of energy assets and energy / industrial land in California, and has a keen understanding of real property transactional work.

Fritz’ work history prior to NOBELL includes 24 years of commercial, industrial, and energy real estate experience.  As former Vice President of Real Estate at USFilter, Fritz brings invaluable experience to the team.  Fritz graduated from University of California at Los Angeles with a degree in Real Estate Finance.

Mark has been with NOBELL for over 5 years, earning promotion from regional leadership to CEO in the summer of 2019.

Mark brings 30 years of successful business unit, technology and military leadership experience to his role as CEO.  Prior to NOBELL, Mark founded a consulting company and led operational and advisory engagements for high tech companies in the US, Asia and Europe.  Before that he worked at Ichor Systems serving the semiconductor, solar, and LED capital equipment industries in General Manager and Corporate Development roles.  Prior to Ichor, Mark was a senior strategy consultant at the internet startup / services firm Zefer.  Before joining Zefer, Mark spent seven years in the U.S. Navy, serving in the Pentagon and also on the fast attack submarine USS PARCHE where he was a decorated division manager and DoE-certified chief nuclear engineer.  Mark holds a BA in Mechanical Engineering from the U.S. Naval Academy and an MBA from Georgia Tech.

Lauren has been with NOBELL for 7 years, performing paralegal, accounting and administrative functions. 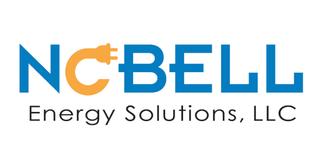